In 1868 on the feast of St. Wendelinus, the second patron saint, three new bells were consecrated. These bells did not become 25 years old. The biggest, the knell, was donated by a wealthy bachelor with the proviso that it should also ring when poor people get buried. This condition being ignored, he said that he wished the bell to burst when it rings (“Ich wönschen du zerbääsch”).

When the bell cage burnt in 1882, the rising heat made the bells swing and with a shrill sound the knell fell to the ground and shattered. The wish of the donator was fulfilled. The old church on the “Gassenhövel” was soon demolished, the tower stump was left as a churchyard chapel. Some years ago the chapel was renovated by some villagers and every year honours of the soldiers who died in the wars are done there. 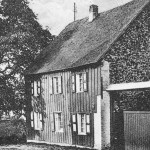 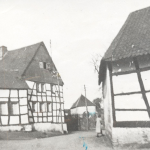 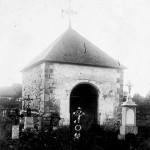 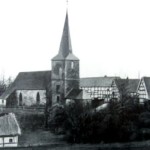 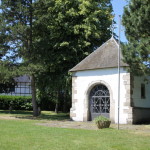