During the rapid expansion of the railway network in the 1840’s, fore-sighted industrialists like Reinhard Poensgen and Heinrich Rotscheidt had already called for a connection from the Schleiden Valley to the main network to improve the lamentable infrastructure of the Eifel, and so provide better access to the markets for the ironworks.

Lack of support from the government, and other unfavourable factors such as the economic crisis and the Crimean War, kept delaying the project. By 1894, when the rail link was at last constructed as a branch line of the Cologne-Trier route, it was already too late: the iron industry had left Gemünd 20 years previously.

However, the current developing tourist trade is proving a bonus for the railway. 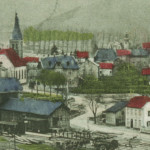 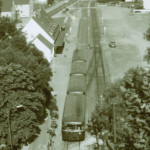 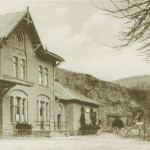