At Thol, there was a pilgrimage cross on the old pilgrimage roads leading to the church in Monschau-Rohren consecrated to Saint Anne and to Saint Hubert in the Ardennes.

Over the years, a chapel congregation formed in the upper part of the village and built a “chapel for the saints” there. After the chapel was damaged by several automobile accidents, its location had to be changed to reduce danger and it was adapted to the present street routing.

The statues of Saint Anne with Mary and the Child Jesus, and Saint Hubert with the stag came from the old church, where they were highly venerated. Today, many candles are still lit and prayers said in this small chapel. Since the time of the municipal restructuring, the fire station has been located on the Oberstraße road. The chapel has thus gained another venerable saint, Saint Florian, whose role is to protect the volunteer fire department and the people of Dreiborn. 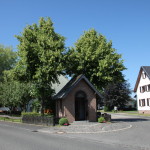 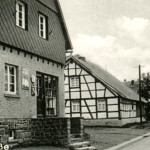 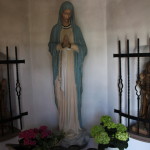