Dreiborn was first mentioned in a document as „Troys Fontainez“ in 1332.

In today’s Three-Springs-Park located nearby, two of the three names of it remind of the origin of the village Dreiborn. These springs provided the moats with water of the castle built in water at that time. In the course of its history the village which is called Dreiborn today had many names like Dreyborna, Trium Fontium, Darmikon, Trimborn, Tromburen and many other variations.

Due to Napoleon’s decree from the year 1804 the lord of the castle became the baron of the French Empire and from 1815, when the Rhineland belonged to Prussia, he became the head of the administration of the Landkreis Schleiden and the mayor of the grand municipality Dreiborn with 21 villages and farms. From 1815 until 1971 Dreiborn was an independent community.

The former town hall is in private use today. 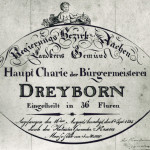 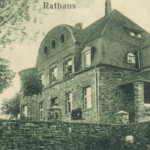 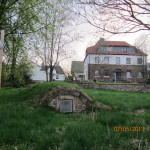 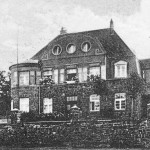