Saint George is the patron saint of the Dreiborn parish church, and the street is likewise named after him.

The buildings at 3 and 5 George Street are typical Prussian school buildings, which differ from the customary local half-timbered architecture. The construction style of both the old Dreiborn elementary school and the associated teacher’s residence was intended to underline the special importance of the institution and, above all, the prestige of the village teacher.

Many inhabitants of Dreiborn learned reading, writing and arithmetic in these buildings. For the Dreiborn pupils, work imposed as a punishment and detentions were the order of the day.

During the Second World War, the teacher’s residence temporarily served as a prison. However, according to traditional accounts, no inhabitants of Dreiborn were detained there during this time. 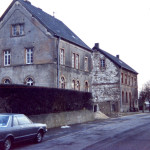 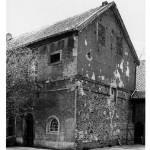 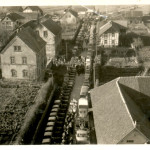 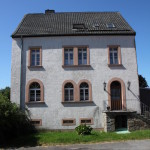