The former parsonage at the old church still had its own stables and barns, because in addition to their church duties, the pastors of that time also engaged in agriculture. In contrast, the present parsonage, built at the end of the 19th century, was a magnificent structure relative to the conditions prevailing at that time.

The parsonage, which turned out to be much too large, therefore also served as the village school for several years following the Second World War.

Until the 18th century, the lord of the castle and the pastor were in charge of the village. However, this changed when the Rhineland was occupied by the French. In accordance with the slogan of the time, “freedom, equality and fraternity”, the pastor too had to rethink his views. When, as was customary at the time, seats in the church were leased, even carters were able to bid for the best seats in the church for their wives. 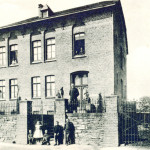 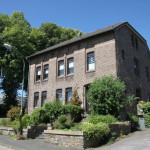 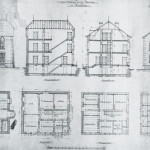