The course of the present Wollseifen Street, on the crest of the watershed between the Olef and Rur rivers, was the route of the former Roman road from Cologne to Reims. This led from Zülpich to the site of present-day Gemünd, where it crossed the Urft river. The village of Dreiborn later arose further along the road.

Until the time of the Prussians, Wollseifen Street served as a territorial boundary, dividing Dreiborn in two. The houses north of the street were in the territory of Überruhr and over the course of history most of the inhabitants were Schleiden residents, whereas the rest of the village belonged to the territory of Dreiborn.

Some of the half-timbered farmsteads built along this important thoroughfare were seriously affected by wartime destruction, and are thus scarcely preserved in their original condition. 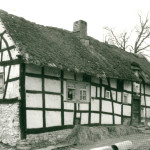 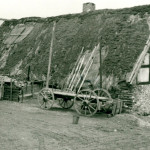 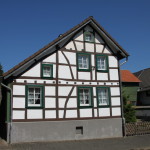 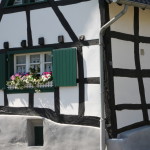 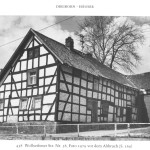