Gun emplacement beside the Mauel footpath

In one area, the Westwall was known as a „Monument to Hostility“.

The machine gun post here belonged to the second line of this fortification in the west of the German Reich, the so-called „Limes Defence“, built in 1938. The building of these fortifications was accompanied by a huge outpouring of propaganda, as opposed to the usual strict secrecy maintained by the Third Reich in respect of such military installations. These defence works were constructed in order to feign peaceful purposes and lull future opponents into a sense of false security whilst secret preparations for war were in progress. The Westwall extended along the German border from Holland in the north to Switzerland in the south. Towards the end of World War II, the propaganda seemed to be having an effect, as the Allies halted their advance in front of the Westwall. However, the war continued unabated, with devastating consequences for the Eifel, and above all, for Gemünd. For two months, the small town lay between opposing fronts and was constantly exposed to air raids and artillery fire. What the enemy did not destroy, the German army blew up before retreating. What was left was a heap of rubble.

A concrete bunker – a testament to peace for future generations. 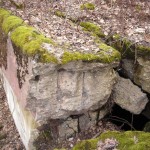 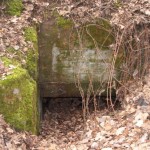 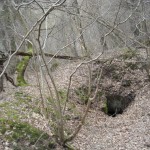 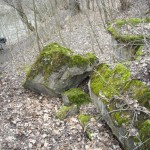 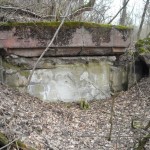 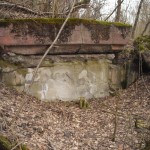 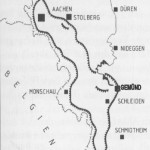