The Reformation established a foothold in the Schleiden Valley by about 1542. As the Counter-Reformation began, many strict Protestants moved away from the area of Gemünd which lay on the right bank of the Urft, for it belonged to the Jülich authorities in Heimbach. An agreement between the princes of Brandenburg and the Palatine of Neuburg assured denominational freedom of worship. Gemünd became the centre and stronghold of Protestants in the Schleiden Valley.

The socially-conscious upper strata of society in Gemünd inclined towards the Reformed Church; the less-affluent Gemünders developed the Lutheran community.

Following the tolerance edict of Emperor Joseph VI in 1781, new churches were built in both Schleiden and Hellenthal. As a result both of economic constraints and of the more gentle pressure of the Prussian king Frederick William III, in 1819 the Gemünd Protestant churches found it advisable to move to a union of the two communities. 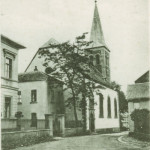 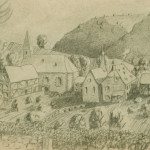