A business that followed on from the ironmaking that had relocated in the middle of the nineteenth century was the Ufer Brothers’ spinning factory.

Here, alongside spinning for the textile industry, wooden barrels were also made: and a natural consequence of that was the establishment of a sawmill. As with almost all businesses with a high fire risk, huge blazes broke out here too.

After the First World War, the Düsseldorf company Guwafa set up a branch for a year to make seamless rubber products such as dummies.

From the rear of the building, the character of the former factory complex can still be seen. 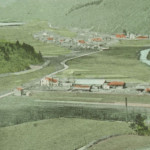 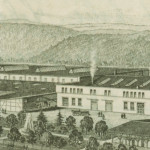