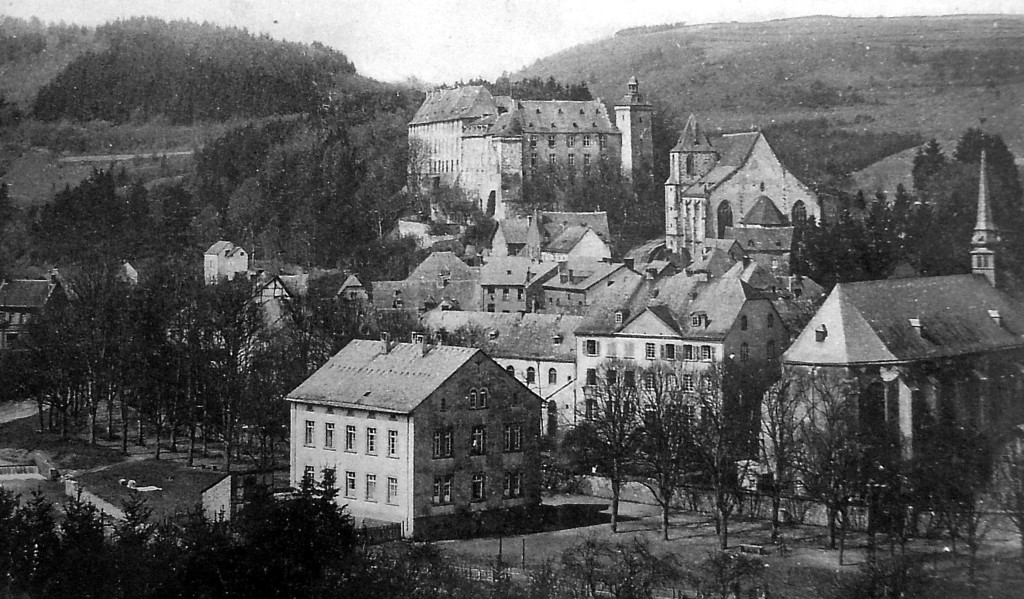 Schleiden, the small town standing at the confluence of the Olef and the Dieffenbach, looks back over centuries of history. The oldest document relating to the town’s history records the existence in 1189 of a castle belonging to the lords of Schleiden.

From 1450 the fortress was in the possession of the counts of Manderscheid-Schleiden who were followed in 1593 by the counts of Marck. After 1726 the castle was rebuilt as a sumptuous stately home, where the dukes of Arenberg resided from 1773.

In the shadow of the fortress, a small medieval town developed, protected by a wall with two gates. After the Congress of Vienna in 1815, Schleiden belonged to the new Prussian Rhine Province, and between 1829 and 1972 was the centre of governance of the county of Schleiden, thereby becoming Prussia’s smallest county town. By the end of World War II, the town had been largely destroyed and only a few historic buildings still remain. These structures and their present-day appearance will be shown on the display boards in their historical contexts. The pictures on this board show the townscape at the beginning of the 20th century. 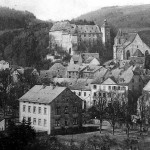 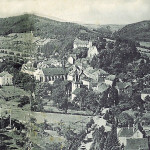