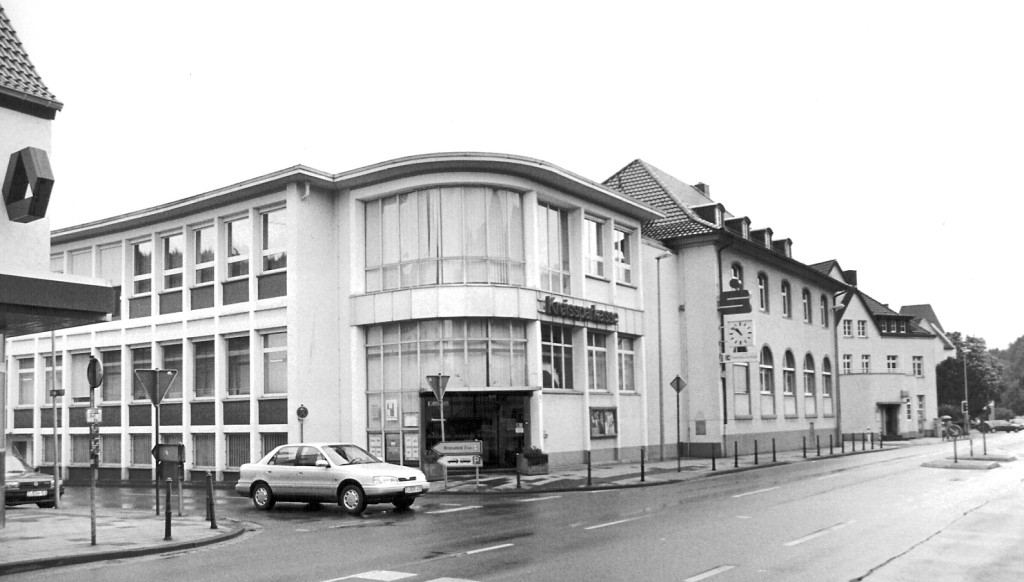 The predecessor of the present „Kreissparkasse Euskirchen“ was the „Savings and Loans Bank of the County of Schleiden“, which initially in 1898 operated out of the town’s administration offices.

The bank changed premises many times: in 1909 to the house of Julius Haas in „Steinstraße“, which was also occupied by the post office. In 1913 the bank moved back to the council offices and then in 1929 to new premises in „Blumenthaler Straße“. Until 1945 the director’s apartment occupied part of the upper storey.

As a result of local government reform, the former Schleiden County Bank became „Kreissparkasse Euskirchen“ on January 1st 1973. It developed as an extension of the old bank, an impressive corner building which characterised the townscape for decades before it was replaced at the turn of the 21st century by a contemporary structure. 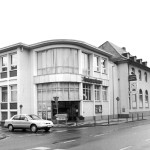 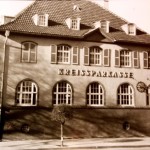