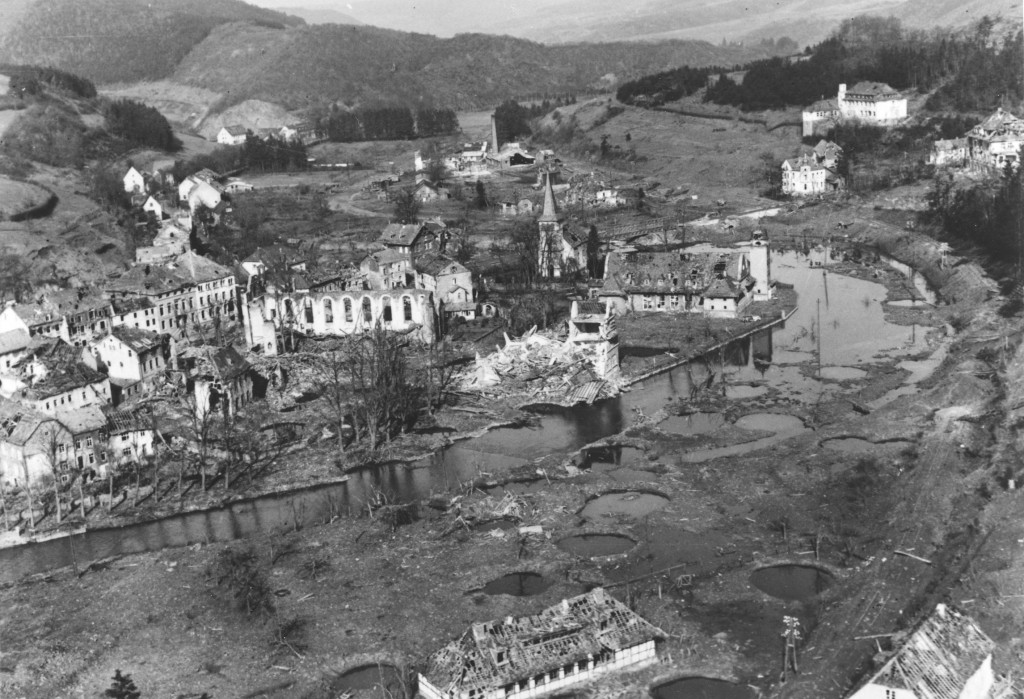 Destruction in the war

For months at the turn of 1944-45, Schleiden lay on the main front line where the U.S. troops from the Normandy landings pushed towards the Rhine. Essential supply lines to the German Front ran through the Olef valley.

The “Ardennes Offensive”, the last attempt at a big push by the German forces, drew massive U.S. air and artillery attacks on the German advance and the supply lines. The attacks cost countless lives, and Schleiden was severely damaged. The American aerial photograph (large picture) shows clearly the extent of the devastation. The grammar school, the monastery church and parts of „Sleidanusstraße“ were among the buildings destroyed. These were only partly rebuilt.

The northern area of the former church became the present „Franziskuspark“ and the nearby Monastery Place serves as an off-centre car park. 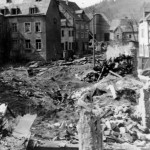 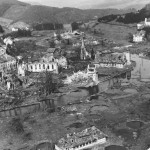