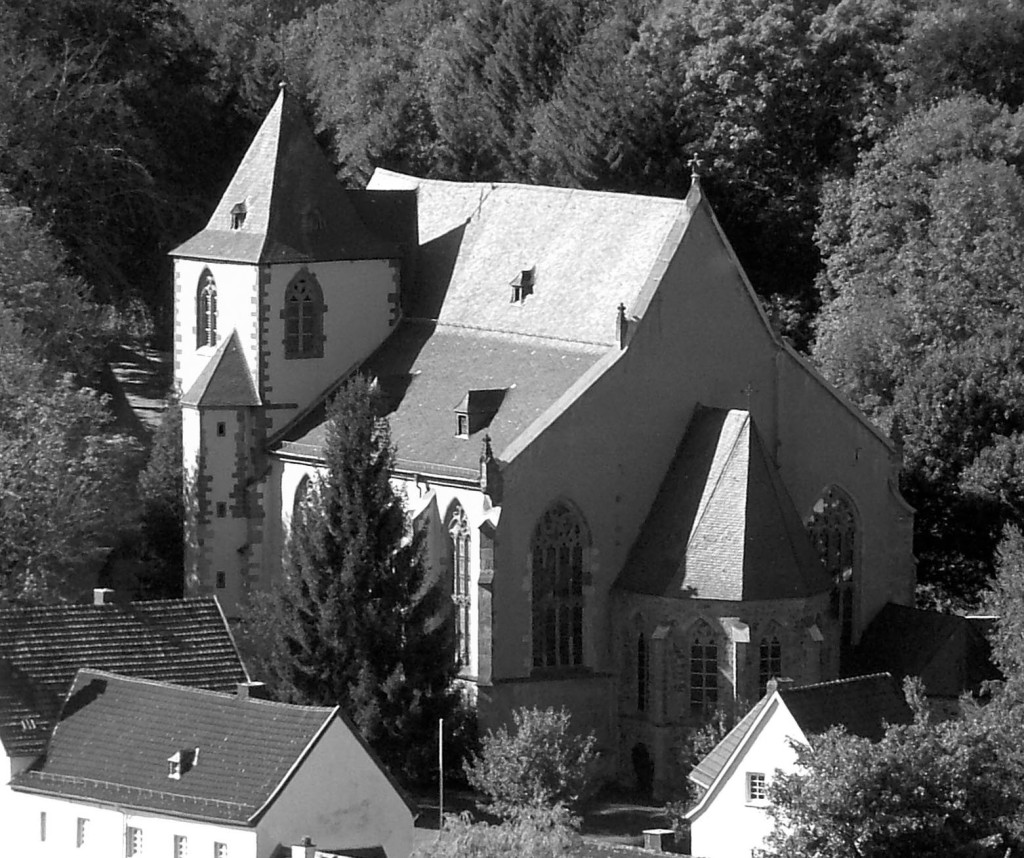 The castle church was built between 1516 and 1525 during the rule of Count Dietrich IV of Manderscheid-Schleiden (The Wise) as a late-Gothic three-aisle hall church. It was built on the site of an earlier castle chapel dedicated in 1230.

For some reason, the planned lofty choir was not built and the existing one, dating from the mid-fifteenth century, is somewhat out-of-proportion. An eye-catching feature is the intricate tracery window in the rear wall of the side aisle. Dating from 1532 and 1535 it is one of the most beautiful examples of medieval stained glass in the Rhineland.

The famous König organ, dating from 1760, is named after its builders, the König Brothers. This, and the marble tomb of Sybilla von Hohenzollern-Sigmaringen (died 1621) wife of Count Ernst von Marck are among the notable features of the present parish church of St. Philippus and St. Jakobus. 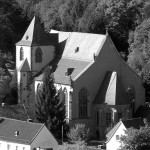 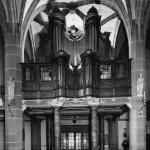