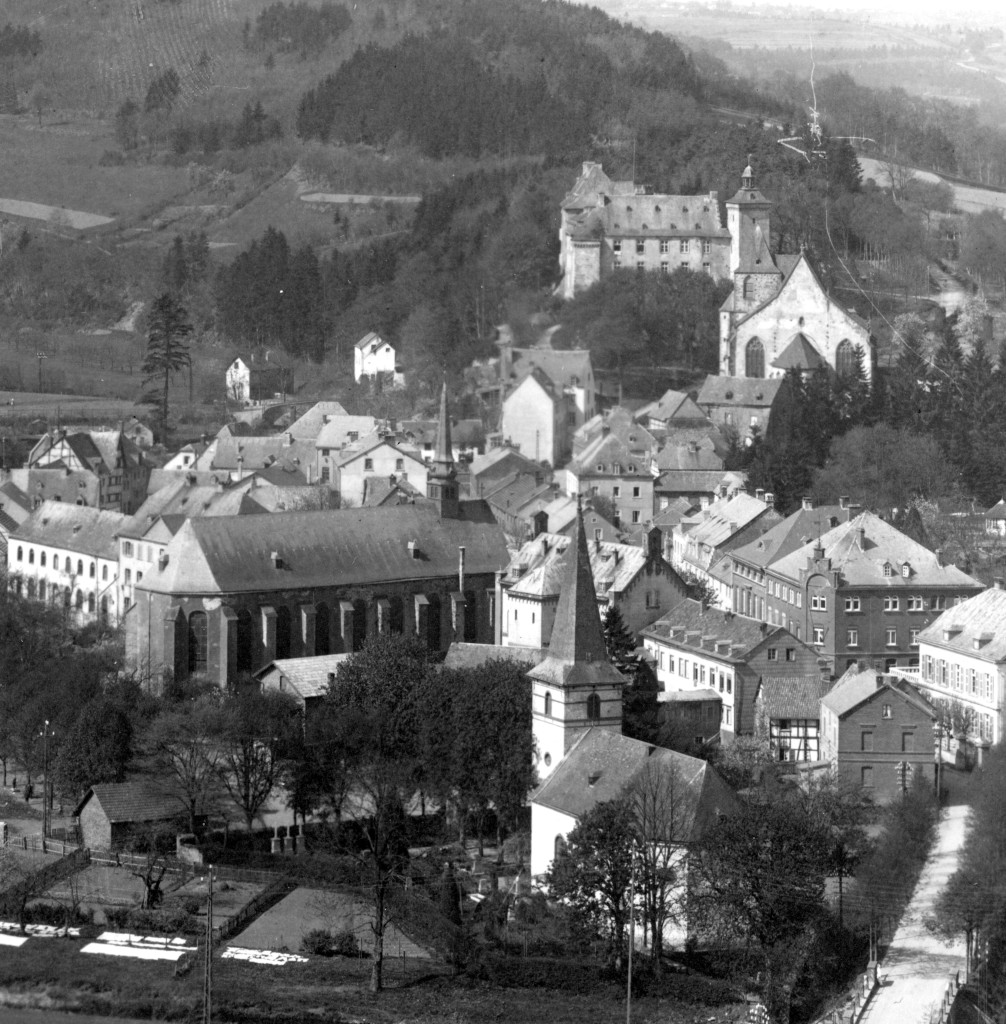 The present town square „Am Markt“ (the market place) was developed in the 1970’s through the clearance and improvement of the existing area. Originally a row of houses stood here. Two narrow streets ran to the right and to the left; „Steinstraße“ (left) was the main road for traffic and businesses, and „Huppenstraße“ (right) was predominantly for workshops.

As there was no ring-road until the 1950’s, all the traffic was forced to go through this narrow built-up area. The devastation by the end of the war made it easy for the town planners in the 1960’s to make radical alterations.

The rows of houses and shops, together with the former local health insurance office (foreground) were torn down and moved back to the building line of „Huppenstraße“. The façade of the conference hotel (formerly Kern Hotel), fully renovated in the 1990’s, creates today, along with the two 1605 halftimbered houses an architectural gem in the middle of the town. 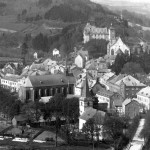 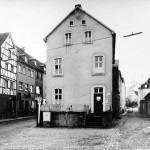